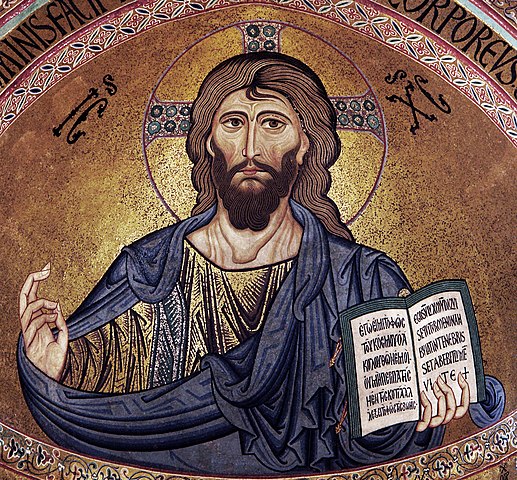 Jesus[e] (c. 4 BC – c. AD 30 / 33), also referred to as Jesus of Nazareth and Jesus Christ,[f] was a first-century Jewish preacher and religious leader.[12] He is the central figure of Christianity and is widely described as the most influential person in history.[13] Most Christians believe he is the incarnation of God the Son and the awaited Messiah (Christ) prophesied in the Old Testament.[14][15] Virtually all modern scholars of antiquity agree that Jesus existed historically,[g] although the quest for the historical Jesus has produced little agreement on the historical reliability of the Gospels and on how closely the Jesus portrayed in the Bible reflects the historical Jesus.[22][h][i] Jesus was a Galilean Jew[12] who was baptized by John the Baptist and began his own ministry. He preached orally[25] and was often referred to as "rabbi".[26] Jesus debated with fellow Jews on how to best follow God, engaged in healings, taught in parables and gathered followers.[27][28] He was arrested and tried by the Jewish authorities,[29] turned over to the Roman government, and crucified on the order of Pontius Pilate, the Roman prefect.[27] After his death, his followers believed he rose from the dead, and the community they formed eventually became the early Church.[30] The birth of Jesus is celebrated annually on December 25th (or various dates in January by some eastern churches) as Christmas. His crucifixion is honored on Good Friday and his resurrection on Easter. The widely used calendar era "AD", from the Latin anno Domini ("in the year of the Lord"), and the equivalent alternative "CE", are based on the approximate birthdate of Jesus.[31][j] Christian doctrines include the beliefs that Jesus was conceived by the Holy Spirit, was born of a virgin named Mary, performed miracles, founded the Church, died by crucifixion as a sacrifice to achieve atonement for sin, rose from the dead, and ascended into Heaven, from where he will return.[33] Most Christians believe Jesus enables people to be reconciled to God. The Nicene Creed asserts that Jesus will judge the living and the dead[34] either before or after their bodily resurrection,[35][36][37] an event tied to the Second Coming of Jesus in Christian eschatology.[38] The great majority of Christians worship Jesus as the incarnation of God the Son, the second of three persons of the Trinity. A minority of Christian denominations reject Trinitarianism, wholly or partly, as non-scriptural. Jesus also figures in non-Christian religions and new religious movements. In Islam, Jesus (commonly transliterated as Isa) is considered one of God's important prophets and the Messiah.[39][40][41] Muslims believe Jesus was a bringer of scripture and was born of a virgin, but was not the son of God. The Quran states that Jesus never claimed divinity.[42] Most Muslims do not believe that he was crucified, but that he was physically raised into Heaven by God. In contrast, Judaism rejects the belief that Jesus was the awaited Messiah, arguing that he did not fulfill Messianic prophecies, and was neither divine nor resurrected. wrote: